Unfortunately the Food and Drink Festival is taking a break this year and will not take place in 2022.

We hope the Food and Drink Festival will return in 2023! 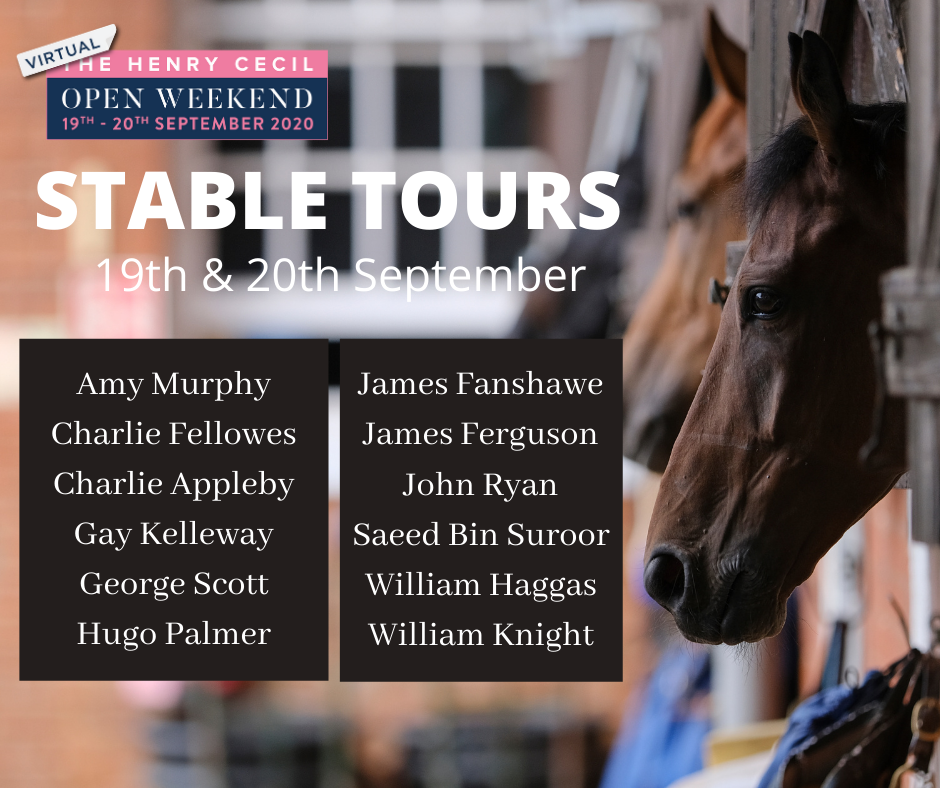 The Virtual Henry Cecil Open Weekend: A look at what’s on

Viewers enjoying the action are encouraged to donate via our official fundraising page, with all money raised going to Racing Welfare, the British Racing School, and the Racing Centre.

Tickets for the 2022 Henry Cecil Open Weekend are

The Henry Cecil Open Weekend will mark the finale

2019: ENABLE was one of the equine stars on show a

We had lots of furry friends join us for the Open

Warren Hill gallops - one of the most spectacular

The @ClipperPlc showjumping event is always a high

The racehorse is a magnificent animal whose beauty

This time last week, we were enjoying the second d

Some fabulous shots from the @alshaqabracing Hacks

And that’s a wrap for the 2021 Henry Cecil Open